Why I Recommend Toastmasters 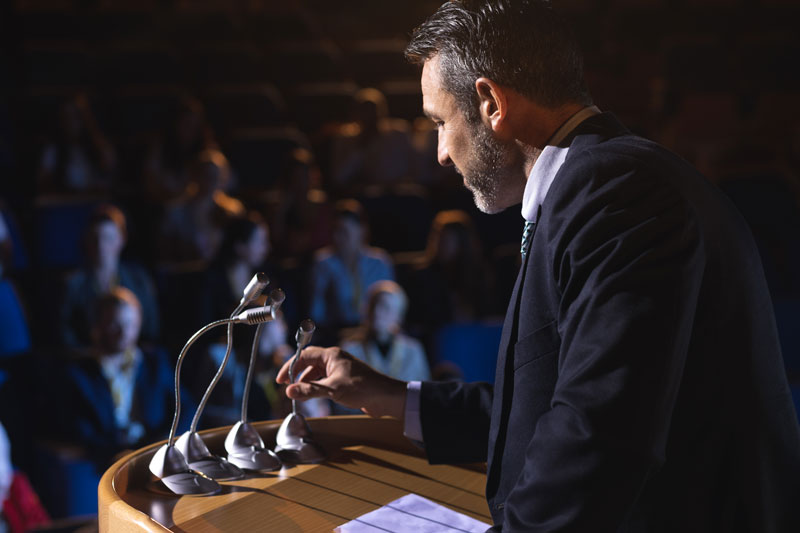 Why would an experienced speaker join Toastmasters? I’ve  learned that being an experienced speaker doesn’t make a person a good speaker. We would hope it does, but it doesn’t always do so. I had about forty-four years of various speaking experiences, mostly preaching sermons, when I joined the First Rate Toastmasters Club. I saw that several members in the club were better speakers than I was even though I had more experience than some of them. I decided that I could become a better speaker with their help.

I was introduced to Toastmasters through my co-worker, Vince Leone in Arlington, Texas in 2014. He helped establish the First Rate, Inc. office training room as the meeting place for an existing club. It changed its name to First Rate Toastmasters. I attended the noon meetings listening, watching and building friendships with the members. After attending several months, I joined in the fall of 2014.

I joined Toastmasters because I needed to improve as a speaker. As a young boy, my parents were concerned that I wasn’t talking at home. They took me to see a psychiatrist and after he evaluated me, he reassured them that I’d grow out of my non-verbal lifestyle. He was eventually correct. I took a speech class during my senior year in high school. I was also chosen to give a graduation speech. Know Thyself was the title of my presentation, and I’m still working on knowing myself.

After I became a follower of Jesus in August 1970 I gave my first public testimony of faith at the First Baptist Church in Elgin, Illinois. It introduced me to the spiritual kind of public speaking. I was called into ministry at the First Baptist Church of Alcoa, TN, where I gave my first sermon in an evening service. I was required to take a preaching course in seminary in Massachusetts. These, and other, experiences showed me that I enjoyed speaking, but they also convinced me that I wasn’t as good as I thought I was. Fast forward thirty-five years to 2014, I still needed to become a better speaker for the business and athletic worlds I was connected to.

I’m a Toastmaster today because I want to continue to grow as a speaker. I relocated to Santa Rosa Beach, Florida in March 2018. I joined the Destin-South Walton Toastmasters Club to continue my development as a speaker. The educational paths that are available through Toastmasters can help just about any kind of speaker. I’ve chosen the Coach Pathway.  The club setting provides support from real people who share the ambition to become better speakers.  The Toastmasters website (www.toastmasters.org) contains loads of material for novice and expert speakers. You can get to know yourself better as a person and speaker. Toastmasters plays a big role in my increasing self- awareness. I would recommend it to you as an option to become the best speaker you can be. I may not have spoken at home as a small boy, but with help from God, other people and Toastmasters, I’m still improving as a speaker. How about you? You can locate a club near you on the Toastmasters International website above.