What Is Your Creative Capacity? 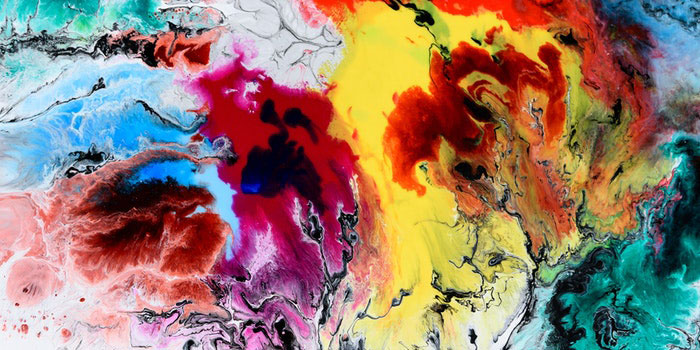 The art book in the photograph belonged to my maternal grandmother Grace Myrtle (Williams) Kilbourn. The art book is copyrighted 1906 and one of my grandmother’s mounted drawings in it is dated ‘June 1910.’ After Grace’s father died in 1908 she was sent to live with her older in Utica, New York, so the book was most likely used in her public education in Utica. Her name is written in cursive on the top of the cover and my mother’s name is also written on it twice. I assume my mother’s signatures date from the early 1930s. The book includes instructions, examples of to practice and pages to mount one’s art.  It includes thirteen mounted drawings. Six of them have my grandmother’s initials (GW) on them and one mounted drawing has my mother’s initials on it (NGK). One of the pencil drawings with my mother’s signature appears to be the barn that my grandparents owned. My grandfather David G. Kilbourn operated a dairy farm and milk bottling business in the 1920s and 30s in Clinton, New York. The drawing is labeled ‘Clinton, N. Y.’

The Prang Educational Company[1]was founded by Silesian (Polish) immigrant Louis Prang who arrived as a political refugee in 1850 and settled in Boston. He had studied printing and in Bohemia. He was a major developer of chromolithography ( printing) from which today’s printing industry is a descendant. He has been called America’s first art instructor. He was the first person to create and print American Christmas cards in 1874. He also developed non-toxic watercolors for his daughter, the first in a series of safe materials for children. The American Crayon Company manufactured the products. Louis’ company became active in art education movement in the late nineteenth century. Louis Prang’s name is engraved on the base of the Statue of Liberty along with other immigrants’ names who made important contributions to the development of the United States. He died in 1909 at the age of 85. In 1918 The American Crayon Company acquired the rights to the Prang line and in 1957 it merged with the Joseph Dixon Crucible Company. The Dixon Ticonderoga Company continues to manufacture Prang products.

Prang’s name is now engraved in my mind. Like me, you may have never heard of Louis Prang before reading this article, and that’s okay. Our experience with art instruction can be traced back to the influence of Louis Prang. What art instruction did you receive growing up? What did you think of it? In what ways have you used it in the years since? To what degree do consider yourself an artist today? Learning about Louis Prang leads me to the following observations. First, art education has a relatively recent beginning. I didn’t know my grandmother as an artist, but her art book shows me that her education included art instruction. She was influenced by all the advocates for art instruction that made art instruction in public schools a matter of public concern. Likewise, as a child, my mother used her mother’s art book to practice drawing. Prang was an indirect factor in her childhood drawing experience whether she knew it or not. Later in life, my mother was an ‘artist’ playing , acting, with cross stitch and calligraphy. Second, it took many advocates to persuade the public to include art instruction in public education. Prang’s motivation certainly included making money, but his company helped many Americans develop an interest in art in general and in drawing in particular. I don’t know what art instruction my father received as a child, but he was an excellent artist. He was so good that a college professor accused him of tracing a picture for an assignment that he had drawn. Dad never backed down from his claim that he had drawn it without tracing it. He received a low grade in the course, but he accepted that consequence. I have a young coworker who loves to draw and I’ve seen him draw during lunch break.  He told me once that his father advised him to get into something else for a livelihood. My coworker posts his drawings online. This young man is evidence to me that everyone is an artist in some way or another. Finally, art instruction serves the purpose of broadening educational development for young and old people alike. Its primary purpose is not to make everyone into professional artists, but to broaden a person’s liberal education in the historical sense of that phrase. Michael Clapper wrote in 1995 that Prang “helped to change prevailing understandings of both what art was and what role art could play in shaping productive and creative capacities.”[1]

What is your creative capacity? What is your primary creative platform? Is it drawing, painting, woodworking, cross stitch, calligraphy, music, or cooking? When you discover your creative passion, I urge you to rejoice that you follow in the footsteps of our Creator. The universe is our Creator’s primary creative platform and you and I have the privilege of discovering and developing our creative interests and skills as a testament to being created in God’s image. You foster confidence in your primary creative passion through trial and error, instruction, and feedback. I did this with my poetry. Initially, I kept it private, but over time I’ve gained confidence in sharing it with others. I would suggest you invite trusted friends to review your work if you’re thinking of going public with it. The feedback can give you new perspectives on your work and build your confidence to go public. As your confidence grows, be humble in all of your endeavors because creativity is commendable, but criticism and, even, condemnation accompanies creativity. You will please some people, maybe even many, but very likely, you won’t please everyone with your work. Our Creator hasn’t pleased everyone all the time, but we can give thanks for the privilege of being creative and developing our creative capacities. My mother’s use of her mother’s Prang’s Art Education Drawing Book was one of her first steps in creative expression.