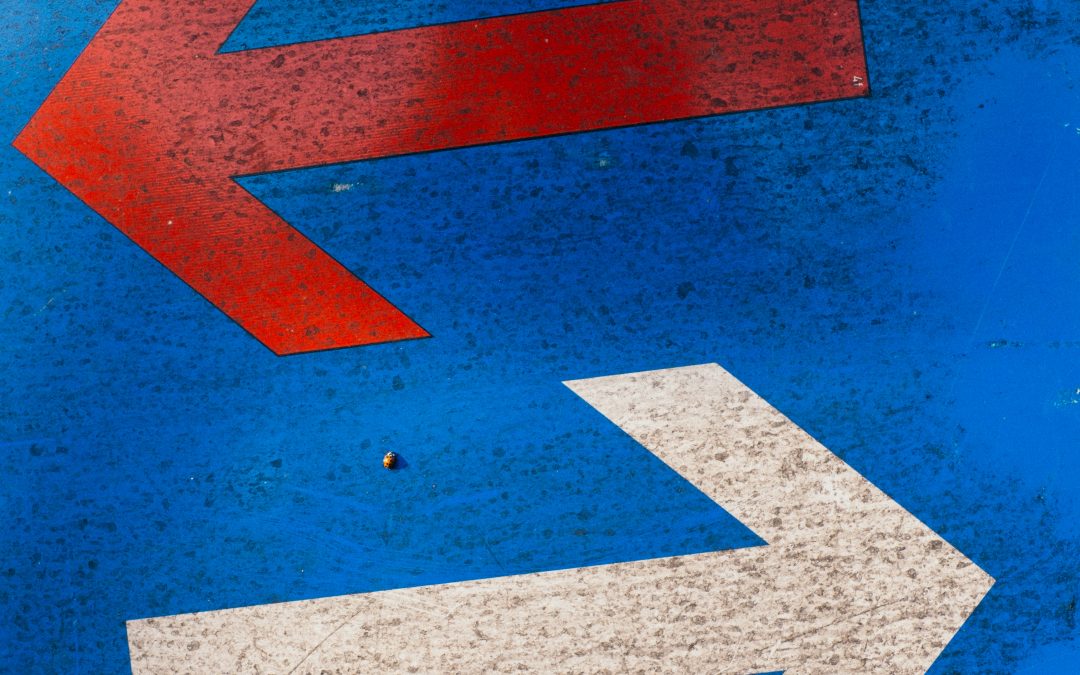 Benjamin Franklin wrote a letter to Joseph Priestly in 1772 that contained his suggested method of making a decision. The portion of the letter that describes the process is now frequently excerpted and called the Ben Franklin Decision-making Process. Here’s Franklin’s process in his own words:

“My way is to divide half a sheet of paper by a line into two columns; writing over the one Pro and over the other Con. Then during three or four days’ consideration, I put down under the different heads short hints of the different motives, that at different time occur to me, for or against the measure. When I have thus got them altogether in one view, I endeavor to estimate their respective weights; and where I find two, one on each side, that seem equal, I strike them both out. If I judge some two reasons con equal to some three reasons pro, I strike out five; and thus proceeding, I find where the balance lies; and if after a day or two of further consideration, nothing new that is of importance occurs on either side, I come to a determination accordingly. And tho’ the Weight of Reasons cannot be taken with the Precision of Algebraic Quantities, yet when each is thus considered separately and comparatively, and the whole lies before me, I think I can judge better, and am less likely to take a rash Step; and in fact I have found great Advantage from this kind of Equation, in what may be called Moral or Prudential Algebra.”

I was fascinated to find in Dad’s 1940 diary a modified version of Franklin’s method. He tried to resolve what direction to take in picking a career. He graduated from Carthage(NY) High School in June 1940. He had lived with the Thoma family in Carthage during his senior year because his parents had relocated to Utica, NY. He followed them there in the Fall. My reading of his diary gives me the feeling that his father Albert Stone was pressuring him to graduate from living with his parents. Dad may have sensed some kind of pressure in verbal remarks by his father or because Dad simply felt that it was time to leave the nest. But what should he move on to? In this context he used the modified version of the Franklin decision-making process. Dad wrote:

“As I see it there are two main courses to choose from: civilian & military. Civilian means either college or apprenticeship. College means a loan & burden both for me & parents & very uncertain future. Apprenticeship, if granted, means at least 4 years of mill work, maybe more. Mill workers get the worst in modern war. I might plan to quit mill work but be forced to continue. Military means end of civilian liberties, possible promotion, discharge or annihilation. Future is certain as far as shelter & board. Hope for family life is dubious. Fulfilling of personal ambitions likewise. In any case, faith in God.”

The reader notices two things immediately. Dad is undecided about what is the best course of action, and second, he adds opinions about his options that reveal pessimism about each option. He doesn’t come across as being very optimistic. He applied to what was then called Virginia Polytechnic Institute (VPI) because it had an aviation program. His passion was aviation, but you wouldn’t know that from the above quotation. We possess a letter Dad received from VPI that didn’t give Dad much encouragement about obtaining a job to help cover expenses at the school, so I believe he ruled out college as a viable option. I think this view is supported by what he says in the quotation. Therefore, I believe Dad felt there were only two viable options for him: the military or apprenticeship at a mill.

To make a long story short, Dad received word through his father on February 20,  1941 that there was an opening for an enlistment at Fort Monmouth, NJ. Dad had turned 18 on February 9 and so he took the lead from his father and enlisted in the U.S. Army on February 20. Dad’s earlier dilemma on what course of action to take was resolved. On February 24 he headed to Fort Monmouth. He received his basic training, applied for the Signal Corps Band because he was a trombonist. He joined the band in September.

In June 1941 the Congress passed a law that opened the door for enlisted men to apply for pilot training in the Army Air Force. When Dad learned of this opportunity, he immediately applied. He was accepted and eventually became a transport pilot with the Air Transport Command. This led to a total of thirty years of active and reserve with the Army Air Force and United States Air Force. This included medical service as a surgeon with flight surgeon status. He served on three Medical Recovery Teams for NASA’s Apollo space program in 1968 and 1969. He was the first flight surgeon to be checked out on an F-111 also.

Dad showed wisdom in using a version of the Franklin decision-making process, but his pessimism was proved wrong. His civilian liberties were restricted because he served in the military, but he married, helped raise five sons and lived his dreams of aviation and service to humanity as a doctor.

It’s important for us to remember that Franklin’s method of decision-making is not the only method. Dad applied to the Signal Corps Band because he loved music. He applied for pilot training because he loved aviation. He and our family moved to Los Angeles for Dad to continue his medical training because of the counsel of a medical school friend who was already there. On a humorous note, Dad said that while he was growing up many of his decisions were easy because he simply followed what his older brother Irwin chose to do. In many ways, Dad discerned an invisible hand overseeing his decisions.